It can be said that the H-class amplifier produces a higher voltage at the control peaks, which allows for much higher output power. When there is a demand for more power, the supply voltage of the power degree is increased (usually twice). This is due to a system containing a wrench and additional capacitor batteries. Power switching is much shorter than the highest frequency acoustic wavelength (20kHz). Only the fastest transistors and a special system are able to can change the supply voltage so quickly without affecting the output waveform. As a result, our final steps have also been used in ultrasonic welding. It is worth noting that the supply voltage is increased in the signal clock only in this channel and only when necessary. In addition to increasing power, the amplifier thus designed also improves energy efficiency and reliability. Compared to conventional G-class amplifiers, one degree of power is running all the time, not two. Therefore, there is no problem predicting the power distribution between degrees, which in theory can be 100% for one degree and 0% for the second degree. This makes an H-class amplifier with one degree of power more reliable than two or more degrees. Class H is primarily the more effective work of the final stage. Thanks to the higher efficiency compared to class AB, less heat is emitted in the final stage and therefore less energy is drawn from the power source.

PLX series amplifiers have a deliberately reversed charge cycle from the power supply capacitors in one channel relative to another. This allows the amplifier zarin stereo mode and bridge mode as if it were in bridge mode all the time. This results in a double increase in the efficiency of the power capacitors (compared to the conventional solution) for signals below 100Hz.

Measurements of CE (electromagnetic compatibility) standards have proven the high resistance of the PLX series to radio interference radiated and conducted, as well as to all kinds of high-voltage impacts.

These amplifiers have intelligent overload protections that zaragainst short circuits and overloads. The amplifier is easily able to cool down when working with a load of 2 ohms. The protection also covers the temperature control of the heat sink and transformer. Cooling is provided by two 120 mm fans with a continuously altered speed, so that the amplifier operates under optimal thermal conditions.

· Smooth adjustment, independent for each channel,

· Independent security systems for each channel,

· Continuous operation with a load of 2Ω,

PLX2400
48 other products in the same category: 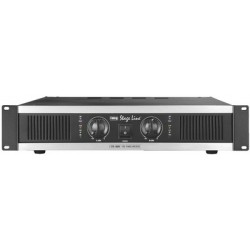 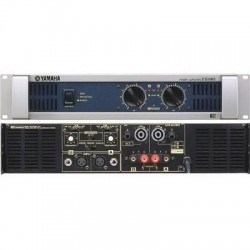 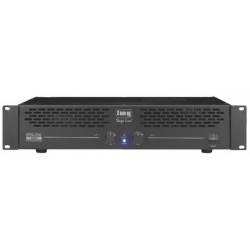 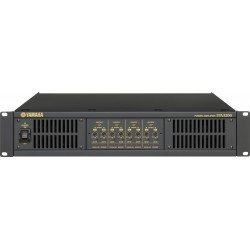 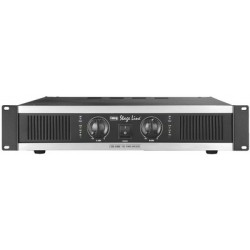 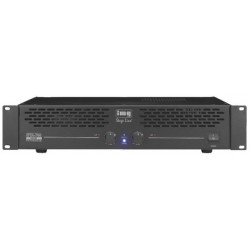 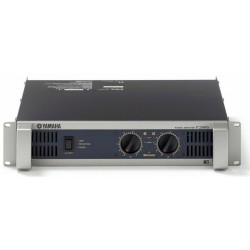 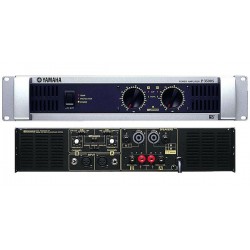 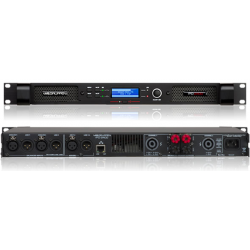